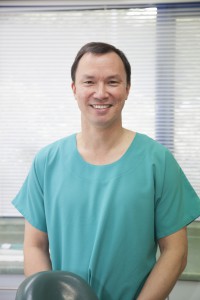 Stephen graduated BDS (Malaya) in 1983, MDSc (Melbourne) in 1987 and completed a PhD at the University of Melbourne in 2008.  He was awarded Fellowship by examination of the Royal Australasian College of Dental Surgeons (FRACDS) in 1988 (KG Sutherland Prize).  He holds the position of Clinical Associate Professor at The School of Dentistry, The University of Melbourne. Stephen’s clinical and scientific interests are in the field of periodontal tissue regeneration, bone grafting and dental implants. He has published over 30 papers in peer-reviewed journals, authored 2 textbooks and contributed chapters to 6 textbooks.

Stephen is president-elect of the ITI (International Team for Implantology), an international not-for-profit academic organization in the field of dental implantology with over 15,000 members worldwide in over 100 countries.  He has served as chairman of the ITI Education Committee and is currently a member of the ITI Board of Directors.  In Australia, he has contributed significantly to local academic and professional associations, having previously served as chairman of the Australian and New Zealand Academy of Periodontists (ANZAP), Australasian Osseointegration Society (AOS) and Australian Society of Periodontology (ASP).  He was awarded honorary life membership of the Australasian Osseointegration Society (AOS) for services to the organization. 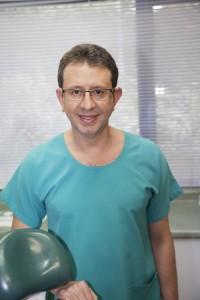 Shayne graduated BDS with distinction in 1985 at The University of the Witwatersrand, Johannesburg (Wits) and was the recipient of awards for Periodontology, Maxillofacial and Oral Surgery (Lester Brown award), Conservative Dentistry and Pharmacology (Jan Breyer award). He graduated M Dent in the field of Periodontics and Oral Medicine (Wits) in 1991 and maintained a private practice in Johannesburg and a post graduate teaching position at Wits until 2001. He has served on the committees of the South African society for periodontics and the South African society for dental implantology and was the president of the latter society for a 2 year term. He attained the Australian Dental Certificate in 2000 and has been in full time practice in Balwyn since 2002. His clinical interests are in the management of periodontitis, both surgical and non-surgical and dental implants. He has been a clinical demonstrator in the post graduate clinic at Melbourne University since 2004, and has also served as an examiner for Melbourne University. He is a fellow of the ITI. 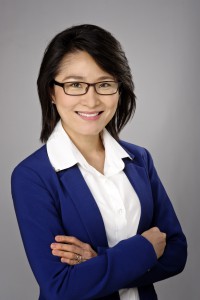 Benedicta completed her BDS in New Zealand in 2005 and was the recipient of the Ivoclar Student Research Elective Award, the New Zealand Endodontic Society Prize, as well as the Robert Lewis Cultural Cup. She went on to work in Mackay for Queensland Health and then moved to practice in both the public and private sectors  in Malaysia. While there, she was an active member of the Malaysian Dental Association and served on several branch committees. She returned back to Australia in 2011 to complete her training as a periodontist and was then involved as a clinical demonstrator for the dental undergraduate program. In 2013, she completed her Doctor of Clinical Dentistry in the specialty of periodontics. She was awarded the Australia New Zealand Academy of Periodontists’ Medallion prize for her research thesis, which examined the association between haemolytic bacteria and periodontitis. Since completing her DCD, she has joined Stephen and Shayne in private practice in Balwyn. Outside of dentistry, Benedicta enjoys jewellery making and music, and has obtained her Licentiate and Associate in Piano Performance from Trinity College of London (LTCL, ATCL) and her Associate in Musical Theory, Criticism and Literature (AMusTCL).  She has published several articles in peer-reviewed journals, and is a member of the Australian New Zealand Academy of Periodontists (ANZAP), Australian Society of Periodontology (ASP), International Team for Implantology (ITI), Australian Osseointegration Society (AOS) and the Australian Dental Association (ADA).